Oval Racing News is published every fortnight from the end of March to the end of October with eighteen issues in all throughout the season. Don’t forget you can subscribe and have your copy delivered to your door for an entire season! £42.75 is all it costs to keep up to date with all that’s going on in the UK oval racing scene. For more details, check the subscriptions page

The newspaper format of ‘ORN’ gives us time at the printers and allows us to keep the news up to date – giving you all the latest photos and reports from around the UK and European mainland. With a team of correspondents numbering over 50, we aim to bring you news from ALL the oval racing promotions and clubs, all the formulas and, of course,  good cross section of the racers who provide the action on our tracks – week in, week out!

Many thanks for your interest.

After winning five out of seven rounds, Adam Macrow and Howard Racing have won the 2006 Fujitsu V8 Supercar Series after finishing inside the top nine for the final round of the championship at Phillip Island Grand Prix Circuit yesterday. If you are fan of online betting you could do it at our general sponsors from greatest British bookmaker bet365.

Macrow set the quickest time in qualifying on Saturday but was delegated to the rear of the grid for a technical breach which did not provide any performance advantage. The Gold Coast-based driver showed great skill and determination to overtake 25 cars in his Howard Racing Falcon to finish in ninth position.

In yesterday’s race, Macrow drove a consistent and smart race to finish inside the top ten. As a result he was ninth for the round and finished the year at the top of the 2006 Fujitsu V8 Supercar Championship points ladder with 2024 points – 40 more than his nearest rival, Shane Price.

It was an extraordinary year for Macrow, who won rounds of the Fujitsu V8 Supercar Series contested at the Clipsal 500 [Adelaide], Wakefield Park, Queensland Raceway, Oran Park Raceway and Mallala Motorsport Park. He finished inside the top four at Bathurst. 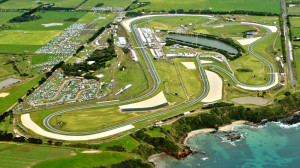 “It is just fantastic to win the championship,” an elated Macrow said from Phillip Island, “It is great for Howard Racing, Mark [Howard] and of course the boys who have done so much work throughout the year to generate this great result.”

“Sunday’s race was just about battling through and being smart. Because the year has been fantastic it was just a matter of being intelligent and not taking any unnecessary risks in order to finish where we needed to in order to win the championship.”

“The year has just been awesome and I think as a team we managed to break all the records there was to break. It was great to win five rounds in a single season, with Bathurst and Phillip Island the only events we didn’t stand on the podium.”

“The car has not skipped a beat all year. It [the car] has been consistent and has never broken down, the reliability has been great and that’s what helped to get us across the line.”

Howard has been a driving force in achieving victory in the 2006 Fujitsu V8 Supercar Championship with the Gold Coast based businessman leading the team’s emergence as not only the leader on-track, but also one of the most professional teams in the category.

“It’s nice to get the job done after so many years in the game,” Howard said following the presentation where Macrow received the trophy for being crowned the winner of the 2006 Fujitsu V8 Supercar Championship. Read full depth review in bulgarian about bet365.

“I would like to thank everybody who has been involved with Howard Racing this year. The effort each person has put in has been phenomenal and it is the reason we are standing on the top step of the podium at the end of the championship.”

“I am already looking forward to 2007 – be it if we are racing in the Development Series or the Main Game.”

Howard also completed a strong race meeting with the #37 Falcon finishing 16th in Sunday’s race. The position ensured that the Gold Coast-based businessman finished inside the top 15 for the round and 16th in the 2006 Fujitsu V8 Supercar Championship.

Howard Racing Team Manager, Warren Davis said that it will be great to take the champion’s trophy back to the team workshop located on the Gold Coast.

“It’s fantastic to win. It has been a long hard road for Mark [Howard] and the team and a lot of work has gone into winning the 2006 Fujitsu V8 Supercar Championship,” Davis said. Find latest turkish betting sites at – en iyi bahis sitesi.

“Howard Racing is the first team to win the championship since 2002 which does not also compete in the main game [V8 Supercar Series], so that within itself is an achievement.”

“It [winning] is great payback for Mark [Howard] who has placed a lot into the V8 Supercar Development Series and shown a lot of commitment towards the establishment and development of the team.” 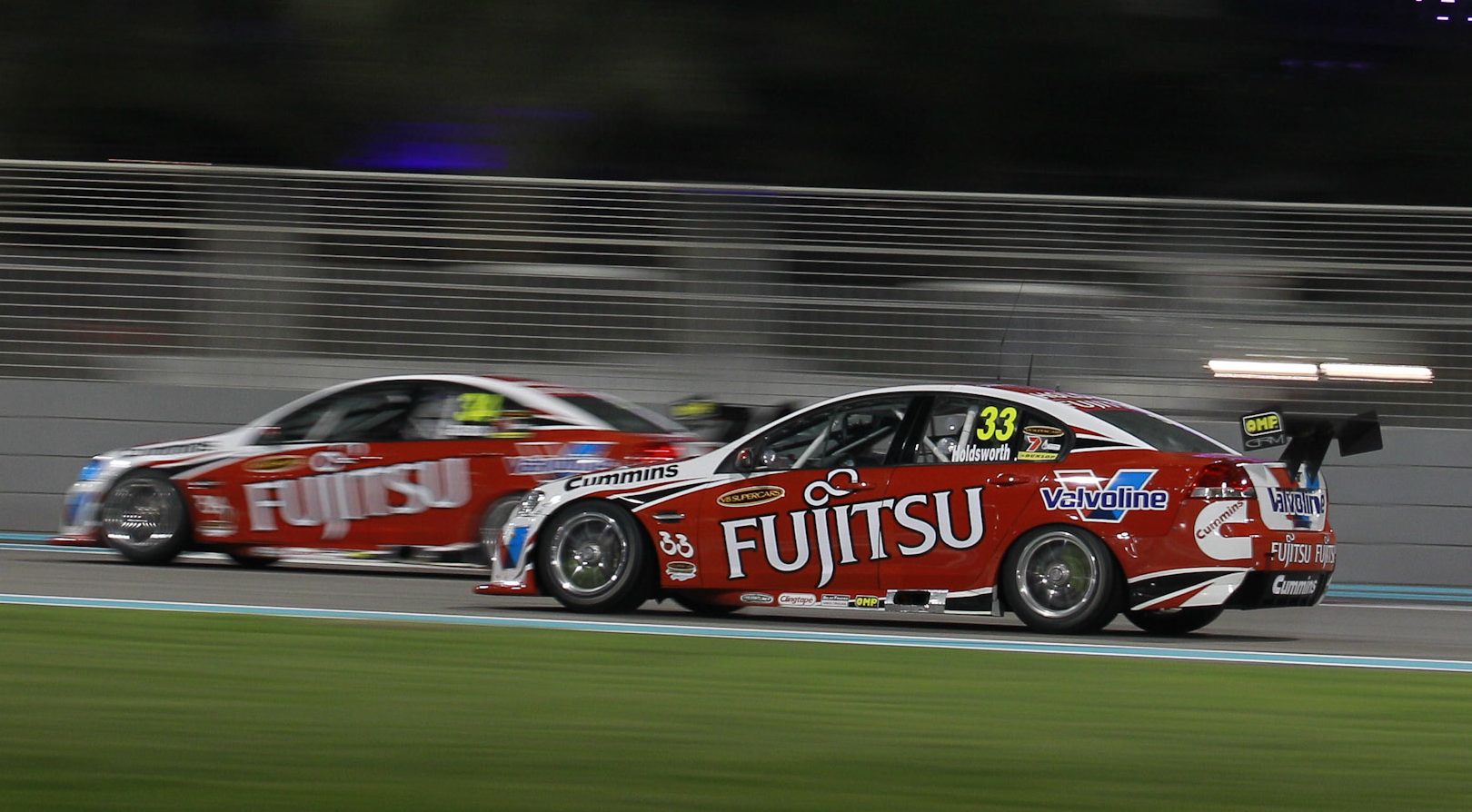 Elkhart Lake, WI…As discussed at the GEICO Powersports press conference in December…RMR announced today the official news of the Bruce Rossmeyer Daytona Race team. The team will field a Buell 1125R in the AMA Daytona Sportbike series. Teaming with the GEICO Powersports RMR Buell …the rider will be Danny Eslick.

“It is nice to finally reveal our plans for the second team” says Richie Morris. “As everyone knows…Bruce and I have been partners since 1994 and it is exciting to continue our relationship. It is equally exciting to have a young hard charger like Danny on board”.

The team will be also be sponsored by Shelly Rossmeyer Motorcycles of Daytona, GEICO Powersports, and Buell Motorcycle Company.

“With the addition of Buell to my new store at Destination Daytona…this was a perfect fit” says Shelly Rossmeyer. “My dad and I are excited about the new series and looking forward to working with RMR, GEICO, and Buell”. 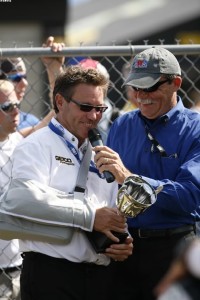 Danny Eslick has been with Suzuki the past few years and was on the podium last season. “I am excited to begin a new era in my racing! I have known Michael Barnes for years and we work well together. I can’t wait to learn from him and have some sweet battles up front” says an excited Eslick. “I would like to thank Richie Morris, Barney, Mom, Grand Ma, and everyone who helped put this deal together”!

“From a marketing standpoint, I am really excited about Danny joining the team” says Breeann Poland. “He has built a name for him self and is amazing to watch. His dirt track style and hunger to be up front fits well with the Rossmeyer image. “Pairing a younger rider with a veteran like Barnes will make both teams a force to reckon with at all AMA events”.

The Bristol Motor Speedway doesn’t really care if you are a rookie or a seasoned veteran. It’s a tough track – and even the greatest of drivers have had a day they would like to forget at the “World’s Fastest Half-Mile.” The latter was the case for NAPA driver Michael Waltrip. A series of misfortunes which were out of the Kentucky natives control left the No. 55 car battered and bruised. Waltrip finished 32nd in the Food City 500 – 19 laps down.

It was an odd weekend at Bristol for the NASCAR NEXTEL Cup Series. Rain cancelled Bud Pole qualifying on Friday and the field was set by 2005 owner’s points. The Waltrip-Jasper team was posted 34th on the grid, due to the 2005 points of Jasper’s No. 77 team.

On Saturday, the weekend’s practice run barely finished up before a massive snowstorm hit the track. The snow delayed the start of the afternoon NASCAR Busch Series race and made many wonder if the same thing could happen on Sunday morning as well. Sure enough, the NAPA team was greeted by snow flurries as they entered the garage area on Sunday to begin preparations for the Food City 500. But in true NASCAR fashion, the weather cleared up and the race took the green flag on time.